The most common application of Karabin embedded camera is using it as an offense recording tool. Violation enforcement cameras have special standards including high reliability and stability of its outcomes in different situations. Generally, there are two kinds of errors in Violation enforcement systems:

We can indicate to LPR errors as an example of performance errors. Every LPR system has an inevitable error and undoubtedly there are some errors for dirty, dark, distorted and hit plates. So these kinds of errors are inevitable but they are correctable by the user. This means that if a plate is read incorrectly, it can be corrected by the operator and the image itself will be the proof of information in it and detection of errors will be possible. Although these errors are effective on the quality of provided services, a few numbers of them is inevitable and acceptable.

So a speedometer camera is not allowed to declare a wrong speed for any vehicle at all! And this kinds of error are such destructive that occurrence of only one of them, results in discomfit of the system. Therefore, the standards and performance quality of offense recording systems are defined higher than ordinary LPR cameras. In order to ensure the stated speed, Karabin systems measure the speed through two technologies including image processing and Radar and the sensor fusion algorithm acknowledges the speed, only if it was sure about that.

In addition to the quality and accuracy of the system’s performance outputs, based on installation on roads and agrestic places, LPR cameras demand a high hardware quality. Therefore, Karabin camera demonstrated its capabilities in different seasons and various climates (warm, cold, arid and humid) through the application of industrial hardware.

Internal embedded camera’s image processing algorithms are able to determine the 3-D location of the vehicle’s license plate in the 3-D world. So with having the sequence of vehicles’ location in time available, we can extract the car’s speed. Consequently, Karabin embedded LPR camera is capable of becoming an LPR based speedometer image processing system. But in order to increase the accuracy and stability of performance, we can add a Radar or stereovision module to the system and this combination with Karabin camera (or a set of them for width paths) will increase the final performance. 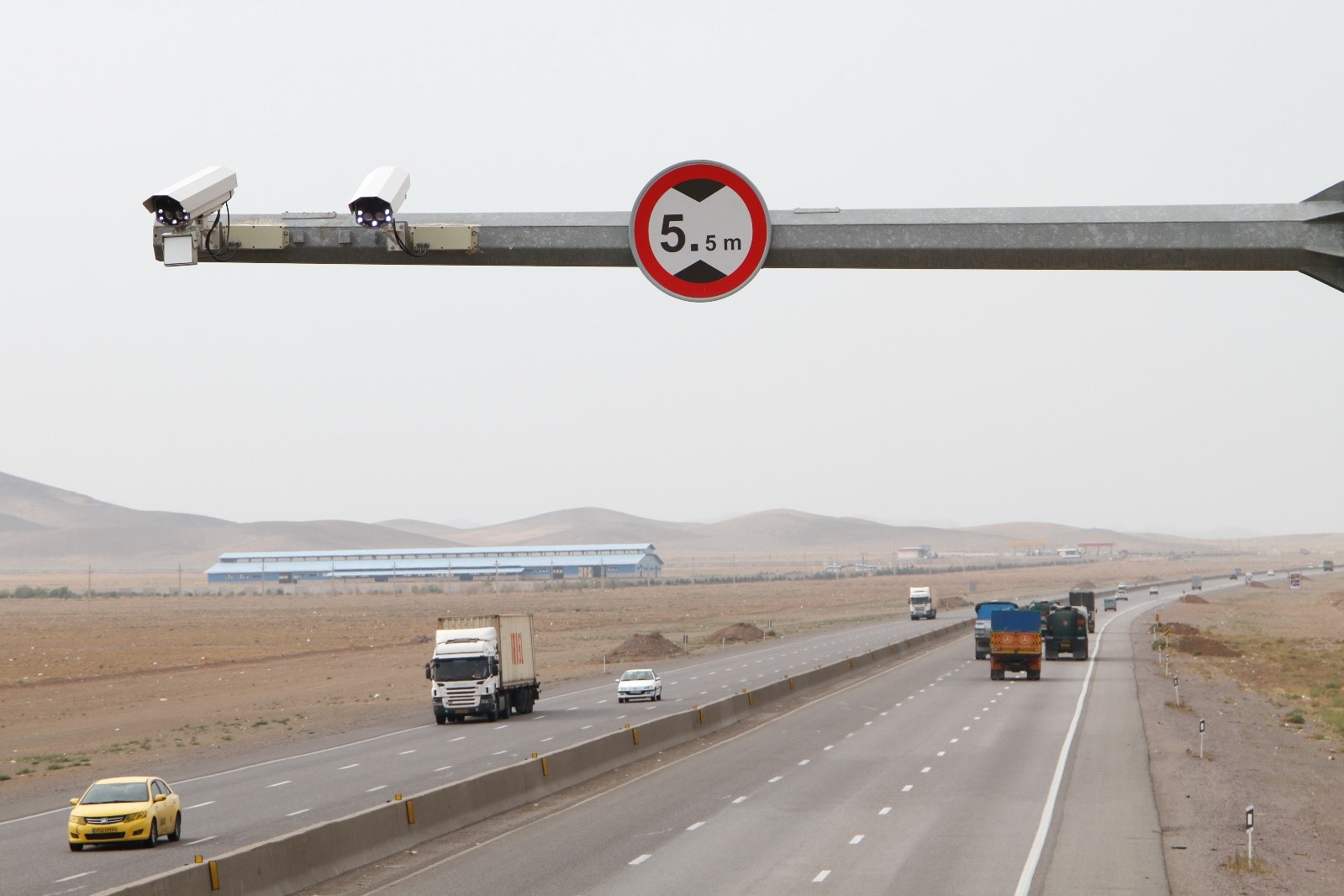 Thus through applying Radar module in the final system, instantaneous speedometer’s accuracy will be according to Radar technology accuracy and based on Doppler Effect. So practically factors like LPR errors, physical and environmental condition, inappropriate plate installation or covering it will not affect the extraction of speed and accuracy. Also extraction of the 3-D location of a plate from an image, is dependent to its installation conditions such as installation angles and a little change in these angles is possible over time. So combining Radars with this system will add the ability to auto-calibration, which removes the need for calibration checkup in short term intervals.

Practically, it is suggested to use LPR based speedometer for extracting the statistical data and traffic management. And in order to law enforcement based on instantaneous speed, Radar module or 3-D image processing should be added to the system. So if an employer intends to determine the speed with a high amount of reliability and only the LPR based image processing is enough for his work, Karabin camera will provide one of the best extraction multi-level algorithms for instantaneous speed recognition from a plate. 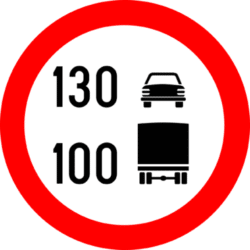 Allowable speed threshold is different for heavy vehicles and the light ones on many roads and also heavy vehicles (bus, truck, etc.) passing from speed line is forbidden in most 3-lane high ways; Therefore, in order to achieve to the complete efficiency of LPR cameras and record these kinds of offenses for heavy vehicles, the ability to recognize the Vehicle’s weight class will be required. Karabin speedometer camera is capable of recognizing the Vehicle’s weight class, through the application of multiple Radar data method and graphical features of the vehicle, with such accuracy higher than defined standards for speedometer systems.

Also as a more precise solution, if vehicles database based on plates was available, it can be entered to the camera and the camera will be able to detect the vehicle’s class and enforce the speed threshold in less than a second.

Taking color images for every vehicle

In order to apply the law, there must be a color image of the offending vehicle available so as the car’s <

Certain models of the Karabin embedded cameras are equipped with a visible camera to provide color images of the cars. The camera is carefully coordinated with the lighting system in order to provide the best color image with the lowest power consumption. Flash or pulsed light can be used for the lighting system. In flash mode, the flash is lit for a short period of time and the color image is taken meanwhile, thus the brightness of the flashlight will be visible in the environment. This mode is especially suitable for the visible shooting of offending vehicles. But a uniform light is produced in the environment in pulse mode, which makes it possible to take a proper color image by the camera. In this case color image is provided for all the vehicles, not only for offender ones. Of course, the hybrid mode is also available for the system in which pulse mode is used for all vehicles and flash is used especially for the offending ones.

In the flash method, due to the fact that we only use flash for offending cars, power consumption is very low and it is generally easy to use solar cells as the power supply. But for pulsed lighting, since color imaging is done for all vehicles, more considerations are needed to be done. However, because of using LED modules in the illuminator, and the low duty cycle for them, still solar energy can be an option in practice.

Thus, the ability to record a color image in such a way that the color of the body is clear and visible and the plate is neither nor over-exposed, is one of the special competitive advantages of the Karabin embedded camera.

In addition to its main functions, which were summarized as reading license plates, calculating location and speedometer of vehicles, Karabin Embedded camera also provides other valuable data from the vehicle practically, which are applicable for law enforcement or traffic management.

The longitudinal distance is extracted and announced for each vehicle in the sight, based on “the rule of two seconds” using the exact location and time calculated. This data will be used in order to traffic management and also enforce the law if its legal infrastructure is defined appropriately.

Street lanes definition is considered in the Karabin’s user interface. And if the lanes are defined for the camera, the system will be able to detect the passing lane of the vehicle and even apply different allowable speed thresholds for each lane.

The direction of movement identification

Using machine vision methods and the corresponding mathematical calculations, we can have XYZ triplets, 3-d location for the license plate over time so that it is possible to identify the direction of the vehicle in the 3-D world, and thus the violations mentioned below can be detected and recorded by Karabin embedded camera:

Vehicle passage in the opposite direction of intersection’s main direction