In this project, one hardware would be installed in all intersections, which in addition to the main function of recording the red light violation, other software capabilities can also be defined for it and add to it. Given the fact that the system’s stereo cameras are imaging and processing the passing vehicles at intersections in a real-time and continuous way, other valuable information can be extracted and used to create new capabilities such as: 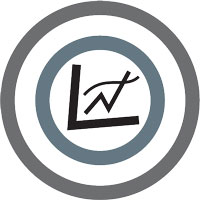 All of the passing vehicles and the speed of each one will be detected by this system and this information can be used in order to provide a variety of traffic statistics, which can be a valuable raw input for urban traffic macro management. Including:

•    Average speed in intersections at different hours of the day
•    Traffic volume and vehicle transit rates
•    Determine the percentage of vehicles which move directly or turn around.

Law enforcement based on the allowed speed 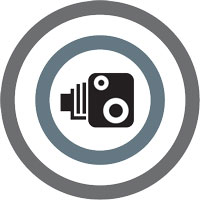 The speed of all vehicles in all green, yellow and red light will be detected and so it is possible to separately record the vehicles which pass the intersection with illegal speed especially at night. 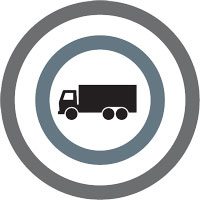 The 3-D dimensions of each vehicle will be detected in the system and therefore law enforcement for heavy vehicles passing in forbidden hours of the day would be possible.

In this system, open-angle stereo cameras cover the whole intersection, and cars would be tracked before the crosswalk until the end of the intersection. 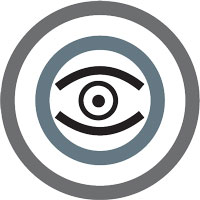 Therefore, controlling the red-light would also be possible for this system as an upcoming development, so the system can keep the red light turned on and reduce the traffic jam if it is necessary. For example, when the traffic is heavy, the yellow light’s time is not enough for evacuating the intersection, and when the drivers are still in traffic in the middle of the intersection, the traffic light of this pass would turn into red and the opposite traffic light would turn into green and this results in heavy and complicated traffic jams. But in order to prevent such an undesirable situation, this system keeps the all traffic lights red in the intersection. The system will penalize the drivers who have ignored the All Red mode, in order to prevent vehicles from entering the intersection. 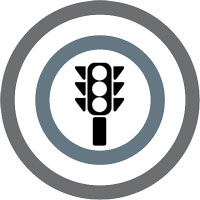 violations, it is possible to monitor the traffic lights’ status at any time and record all of the status changing times in the database. Also, in the failure of the traffic light controller and the occurrence of unusual conditions, including power outage, all of the lights turned on or unallowable flashing lights, the system is able to automatically detect abnormal conditions and issue an alert.

In order to flow the traffic, it is better for the driver to move from the sidelines for turning to the left or right. 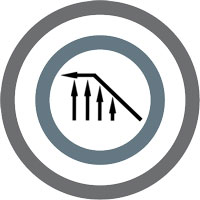 The control of this issue is done by humans in some of the intersections. But due to the fact of having vehicles’ 3D path, it is possible to penalize or warn the ones which committed this violation. In other words, if any driver travels the whole intersection area and moves to the left side in order to turn to the left from the right sidelines, this system will detect this movement and record the violation.